The History of Plastic Surgery 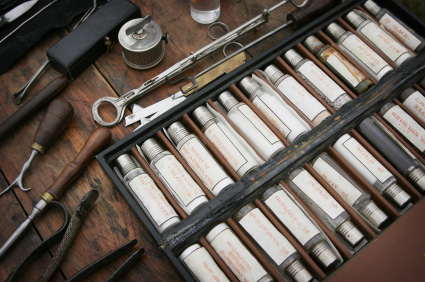 The Origins of plastic surgery

You could claim that mummification techniques in Ancient Egypt set a precedent for plastic surgery.  Although these reconstructions happen on dead bodies, the principles used by the Ancient Egyptians are very similar to the basic principles of plastic surgery.  The first evidence of plastic surgery being carried out on a living person is found in ancient Indian Sanskrit texts.   A 600B.C. text called ‘Sushruta Samhita’ details the “attached flap” method for reconstructing a nose using skin from the cheek or forehead.

The Italian Gasparo Tagliacozzi is widely regarded as the father of plastic surgery, and his ‘De curtorum chirugiau’, 1597 is considered to be the first plastic surgery textbook.  For Tagliacozzi, plastic surgery was a form of self-improvement both physically and emotionally, but his work was soon to disappear in the wake of Counterreformation which claimed that deformation as result of illness was justifiable punishment from God.

Plastic surgery continued to make intermittent resurgences throughout history but the two world wars of the early 19th century spurred a real acceleration of development within the field.  WWI brought a new type of warfare and this challenged surgeons with serious and unprecedented facial injuries which provoked Harold Delf Gilles to establish the first hospital devoted to reconstructive plastic surgery.

Unfortunately, although medical advances were made during the First World War, no standard practise for plastic surgery had been established which meant that anyone could claim to be a plastic surgeon, tarnishing the reputation of reconstructive surgery.  It wasn’t until WWII that plastic surgeons lost their reputation as “quacks” and started to become well-respected.  Surgeons who had served in the WWI set up the American Association of Plastic Surgeons signalling the end of unregulated surgery.

From then ‘til now

Since this time plastic surgery has gone from strength to strength and continued to develop at a rapid speed from the rise in silicone implants in the 1960s to the use of precision robots in contemporary plastic surgery.  Plastic surgery looks set to continue pushing boundaries with research currently being carried out into developing new fillers which last longer and even new lasers which can inject “energy” into the skin.